Following BMW and Volkswagen, CATL's international customers of high-nickel batteries have another success. 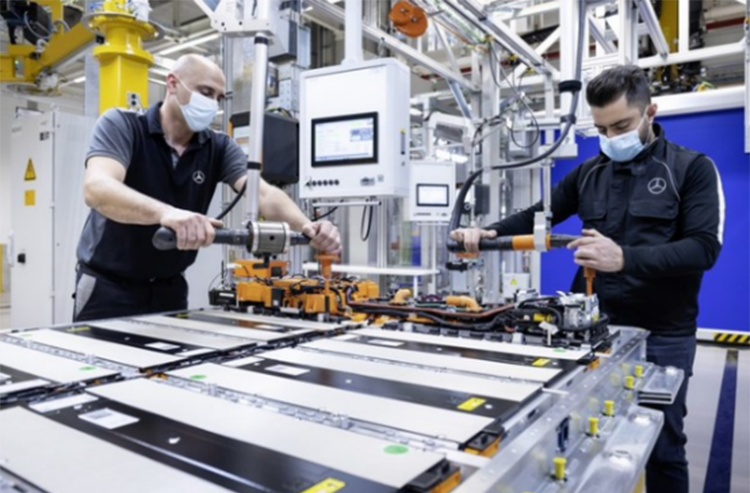 It is reported that EQS will be officially released on April 15. The car uses NCM811 batteries and is built on a brand-new EVA platform. The power battery system will be composed of 12 battery modules (each battery module has a capacity of approximately 9kWh), with a battery capacity of up to 108kWh, and the cruising range under the WLTP standard will exceed 700km. In addition, EQS will use smaller capacity battery packs in the future.


On August 5, 2020, Mercedes-Benz and CATL jointly announced that they will jointly develop leading battery technology to support the large-scale electrification of Mercedes-Benz models.

At the same time, the luxury pure electric car EQS, which will be officially delivered next year, will use the CATL battery pack, and its cruising range will exceed 700 kilometers (WLTP standard), and the charging speed will be twice as fast as existing models.

This means that the EQS high-nickel battery pack produced by Mercedes-Benz is most likely to be the NCM811 battery of the CATL, or the CTP (no module battery pack) product design scheme.

This time Mercedes-Benz started mass production of its high-nickel battery system, indicating that the performance of the NCM811 battery of the CATL has been recognized by more and more international OEMs.

Driven by international OEMs such as Mercedes-Benz, BMW, and Volkswagen, the NCM811 battery of CATL is expected to gain the favor of more international OEMs.
PREVIOUS：Prospects of Anode Materials for Power Batteries NEXT：20mm Small Split-able Test Cell EQ-HSTC Shipped to UK​